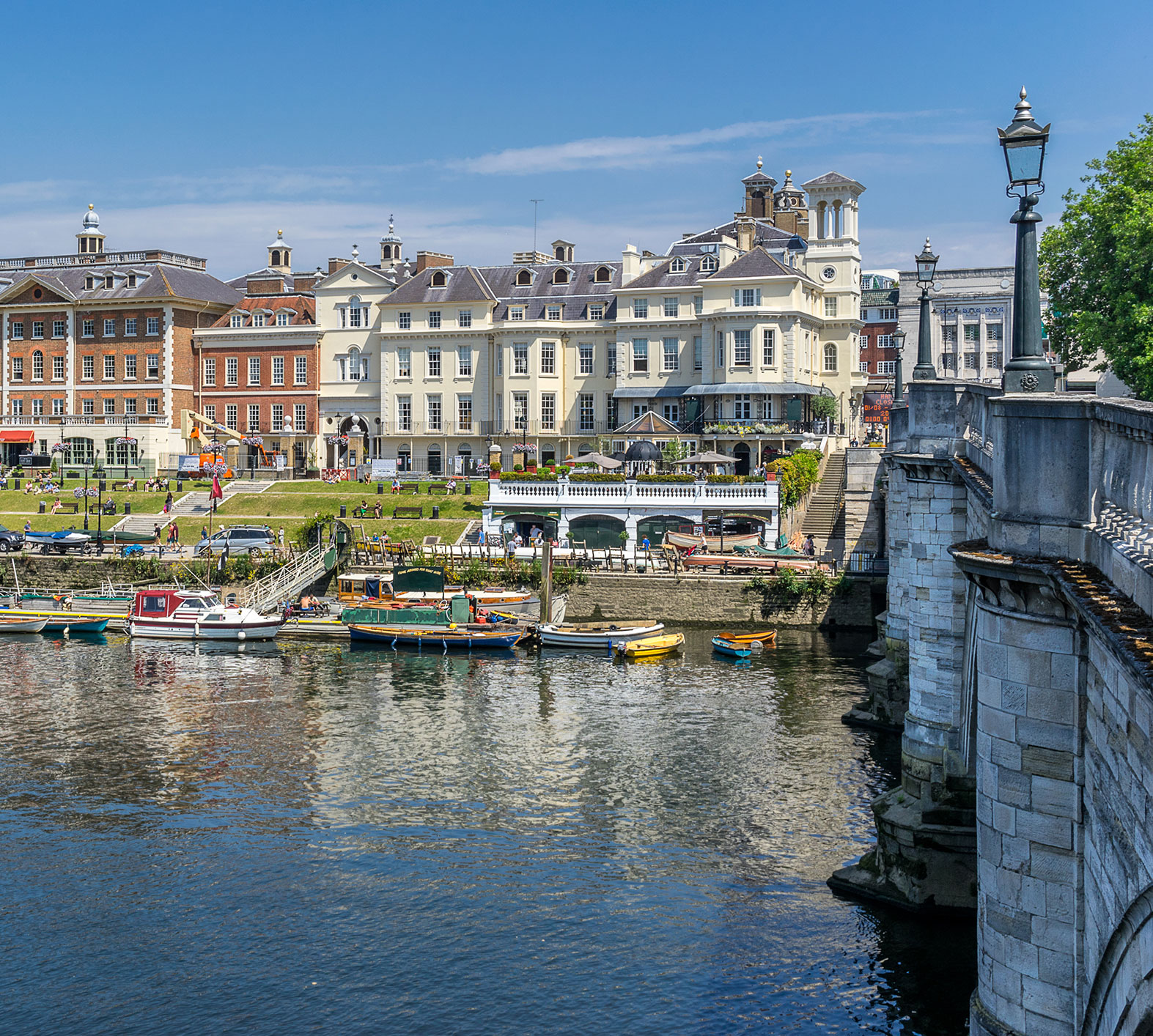 The London Borough of Richmond upon Thames is one of London’s wealthiest Boroughs and is a favourite of both celebrities and royalty.

The London Borough of Richmond upon Thames is the only London Borough to sit on both sides of the River Thames. It is also approximately half parkland with over 100 parks and open space including the most famous which are Richmond Park, Kew Gardens, Bushy Park and Old Deer Park.

FOR SALE IN RICHMOND

Famous faces to have lived in the area over the years include Brad Pitt and Angelina Jolie, Rick Astley, Tom Hardy, Robert Pattinson and Mo Farah.

With bustling shopping centres, a wide variety of outdoor spaces and the River Thames passing through the middle of it, the Borough is a highly sought-after place to live. Home to the National Physical Laboratory and The National Archives, it also has an impressive list of attractions, including internationally recognised ones such as Kew Gardens, Twickenham Stadium and Hampton Court Palace.

Richmond is an affluent residential district bordering the River Thames. The Quadrant main street and nearby roads feature an eclectic mix of shops and designer boutiques, restaurants and bars (the most popular of which sit along the riverside) as well as cultural attractions such as Richmond Theatre. Richmond Green, which is a large square of open grassland framed on one side by trees and Georgian buildings and the River Thames on the other side, is home to bars and restaurants and is particularly popular on sunny days or public holidays. It has a long history of hosting sporting events and has been described as ‘one of the most beautiful urban greens surviving anywhere in England’.

Teddington is mostly made up of residential properties, bisected by an almost continuous road of shops, offices and other facilities running from the river to Bushy Park. It has no dual carriageways and no high rise residential buildings. Teddington today is a fantastic place to live. Every year millions of Londoners and tourists visit Bushy Park, the second largest of the capital’s eight Royal Parks. Bushy Park’s mixture of woods, gardens, ponds and grassland makes it a great place to enjoy wildlife with roaming herds of Red and Fallow Deer. There are some excellent state and independent schools in the area, both in Teddington and the surrounding areas of Hampton, Twickenham and Kingston. The wide open spaces and good schooling make it a really popular area for young families.

Hampton, Hampton Wick and Hampton Hill are the three communities known collectively as The Hamptons. They are clustered around the edge of Bushy Park and each has its own distinguishing character. The area attracts an eclectic mix of people, but mainly families and young couples looking to make a home for their future. All are drawn to the large open green spaces and the excellent local schools. Many historical figures have called Hampton home over the years and it still attracts a hip, fashionable crowd and the perfect place to spot celebrities.

Twickenham is most famous for being the home of rugby union in England, with hundreds of thousands of spectators visiting Twickenham Stadium, the world’s largest rugby stadium, each year on match days. Historically part of Middlesex, it has formed part of the London Borough of Richmond upon Thames since 1965 withe the historic riverside area famous for its network of 18th-century buildings including three grand period mansions – York House, Marble Hill and Strawberry Hill House, all of which are open to the public. Twickenham is an affluent area and with good links into London it is very popular with young families and commuters.

Ham, along with Petersham, is just one mile south of Richmond and is surrounded almost entirely on three sides by the River Thames and Richmond Park to the east. It has a small selection of convenience shops and amenities as well as several pubs with its closest neighbour, Kingston upon Thames providing a more varied, cosmopolitan selection of shops, restaurants and bars.  The area is most famous for Ham House, a historic house with formal gardens that the National Trust claims to be ‘the most complete survival of 17th century fashion and power in Europe’, as well as Ham Lands – a 72 hectare nature reserve and Site of Metropolitan Importance for Nature Conservation.

All the poppies and wreaths for Remembrance Day are produced at The Poppy Factory on Richmond Hill. Since it was founded in 1922 the factory has found employment for war veterans with health issues.

*House price data produced by the Land Registry on 6th March 2019 for Rightmove.

According to a 2017 research project by Trust for London, Richmond is one of London's wealthiest boroughs – it has the lowest rates of poverty, child poverty, low pay and child obesity of any London borough.

There are over 100 parks and open spaces in Richmond upon Thames. 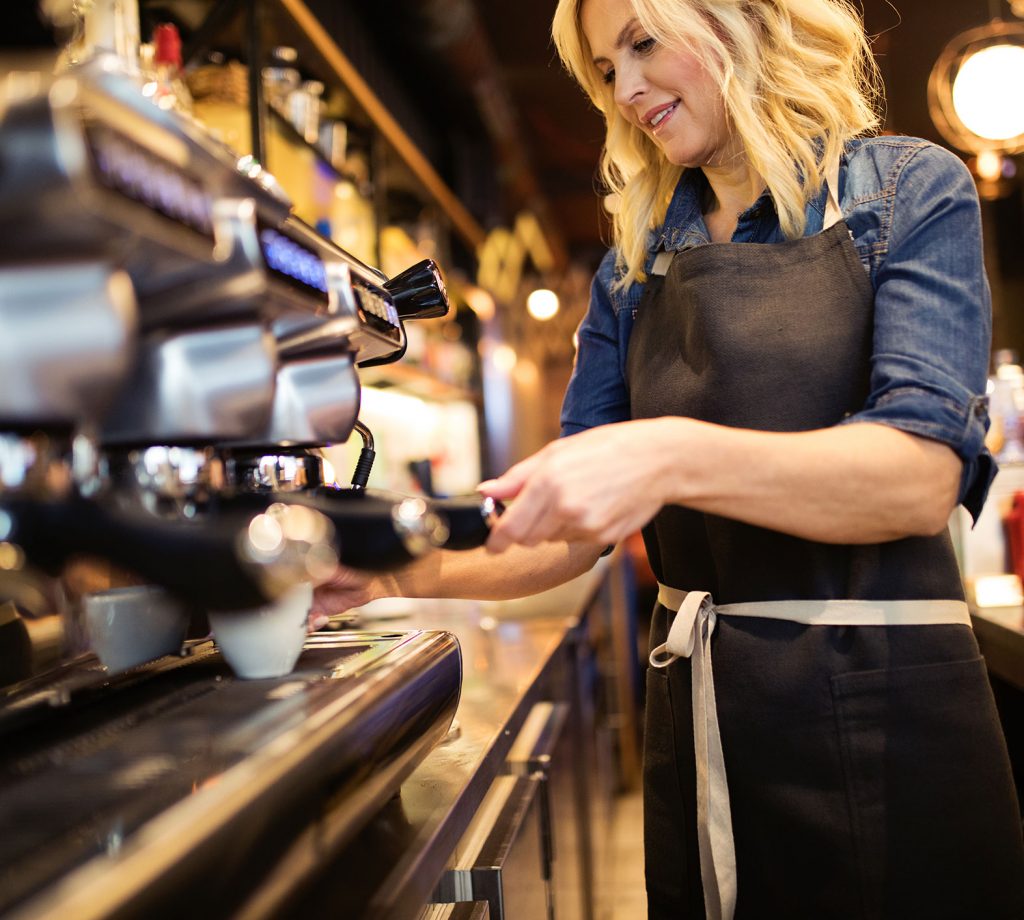 Completed in 1777, Richmond Bridge is to date the oldest surviving River Thames bridge.

Research commissioned by a major mortgage lender in 2006 found that the borough had the best quality of life in London and was in the top quarter of local authorities nationwide.

King Henry Vlll is believed to have stood at King Henry’s Mound in Richmond Park to watch for a signal from St Paul’s to indicate the death of his second wife Anne Boleyn.

Created by Charles I in the 17th century as a deer park, Richmond Park is the largest of London’s Royal Parks covering 955 hectares (2,360 acres). Most of the park is classed as a Site of Special Scientific Interest, a National Nature Reserve and Special Area of Conservation and is internationally recognised for its wildlife – it is home to 650 free roaming deer. With miles of walkways and cycle tracks, it is an incredibly popular destination for families and those looking to explore the outdoors. It also has fantastic views from King Henry’s Mound, a historical vista point, of London and beyond.

Hampton Court Palace is one of two remaining Tudor Palaces, set within wonderful gardens overlooking the River Thames. From royal re-enactments to the Tudor-themed playground, horse-drawn charabanc tours and ghost tours, to viewing the sensational art collections or exploring the haunted gallery, there is an endless array of activities for all ages to enjoy. Annual events at Hampton Court Palace also include the RHS Garden Festival, the summer Food Festival and an ice rink which is set up in the grounds – open from late November through to early January.

A UNESCO-listed venue, the Royal Botanic Gardens at Kew offers an exquisite collection of rare plants and flowers as well as 14,000 trees set across 326 acres (121 hectares). With free guided walking tours available you can also explore the impressive Royal Kew Palace and the Palm House (one of the largest surviving Victorian glasshouses) this is a popular destination for people of all ages. 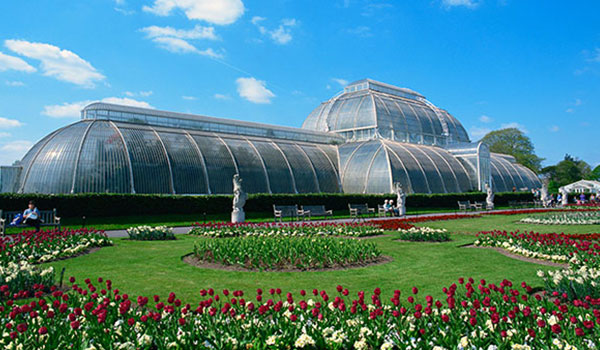 Sat on the banks of the River Thames, Ham House is claimed by the National Trust to be ‘the most complete survival of 17th century fashion and power in Europe’. A stunning Grade I Listed house with Grade II listed formal gardens it is internationally recognised for its collection of paintings, textiles and furniture.  Guided tours are run in selected rooms in the house during the winter months, with tickets on a first come first served basis. 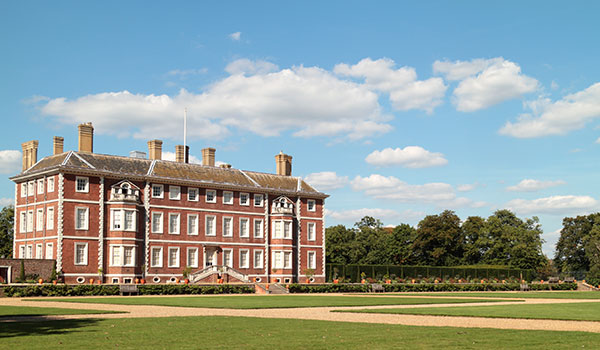 Ranked the second largest stadium in the UK after Wembley Stadium and the fourth largest stadium in Europe, Twickenham Stadium is the largest stadium in the world dedicated to the sport of rugby union. The stadium is the home of the English rugby union team, who play nearly all their home games at the stadium and it also hosts England’s home Six Nations matches, as well as inbound touring teams from the Southern Hemisphere. It also includes the World Rugby Union Museum which covers the whole of the global game and tells the history of the sport through interactive displays. Tours of the stadium are also available to book through the museum. 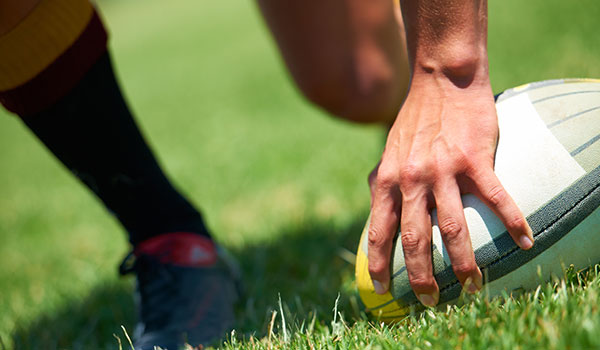 Located just north of Hampton Court Palace, Bushy Park is the second largest of London’s eight Royal Parks, measuring 1,099 acres. Like Richmond Park it is home to free roaming deer (320 of them) and is an incredibly popular place for cyclists, runners, dog walkers, families and wildlife enthusiasts. The park also features the famous mile-long Chestnut Avenue, created by Sir Christopher Wren and the 17th century bronze Diana Fountain – a 2.38m statue of a goddess set on a marble and stone fountain, which sits as the centrepiece of Chestnut Avenue.

The Borough has excellent transport links, with 11 British Rail stations and two Underground stations which provide a fast link into Central London, neighbouring London Boroughs and various parts of  Surrey. Richmond upon Thames is easily accessible by several motorways including the M3, M4 and M25 and is only 12 miles from London Heathrow Airport and 30 miles from London Gatwick Airport.

Richmond upon Thames Properties For Sale 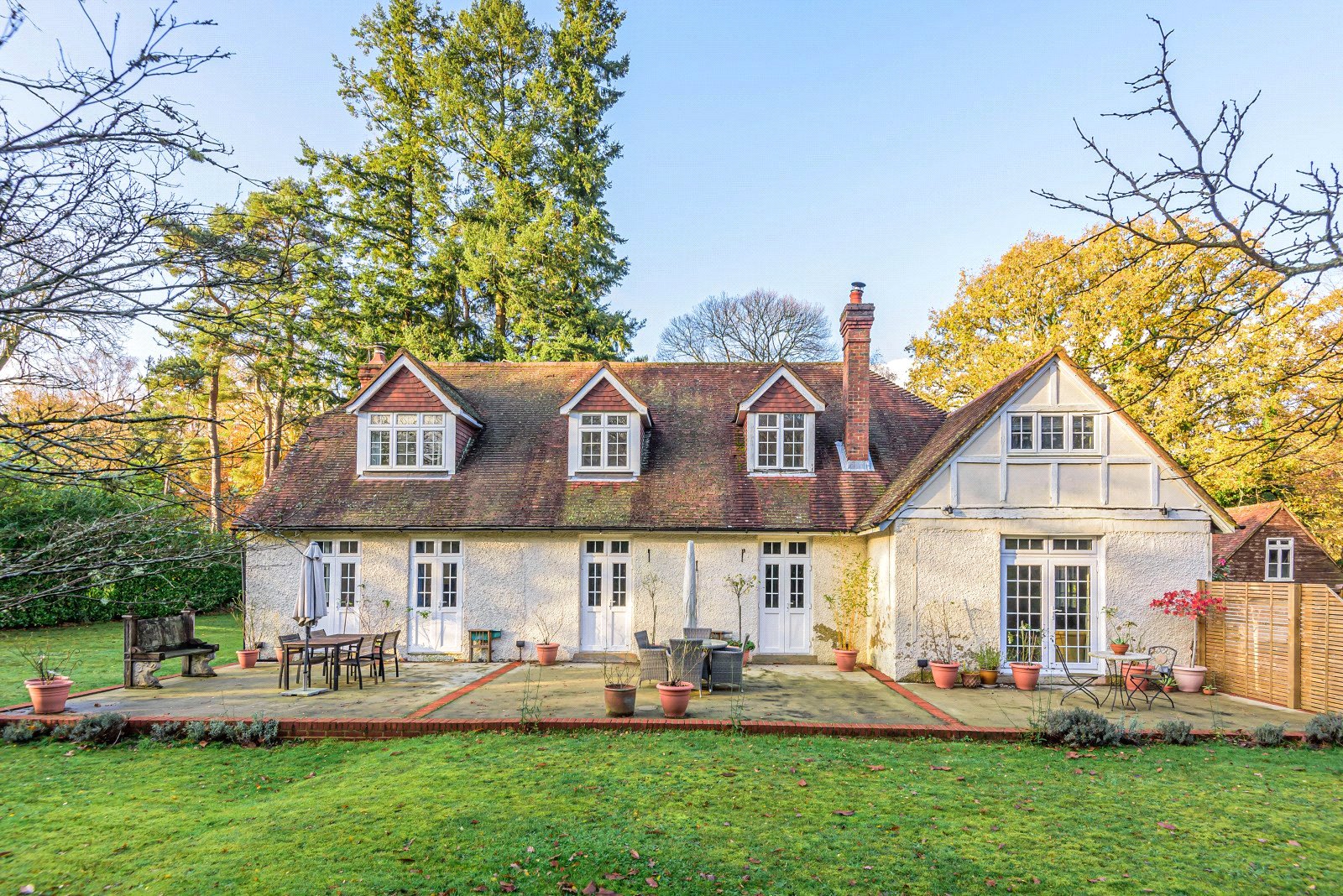 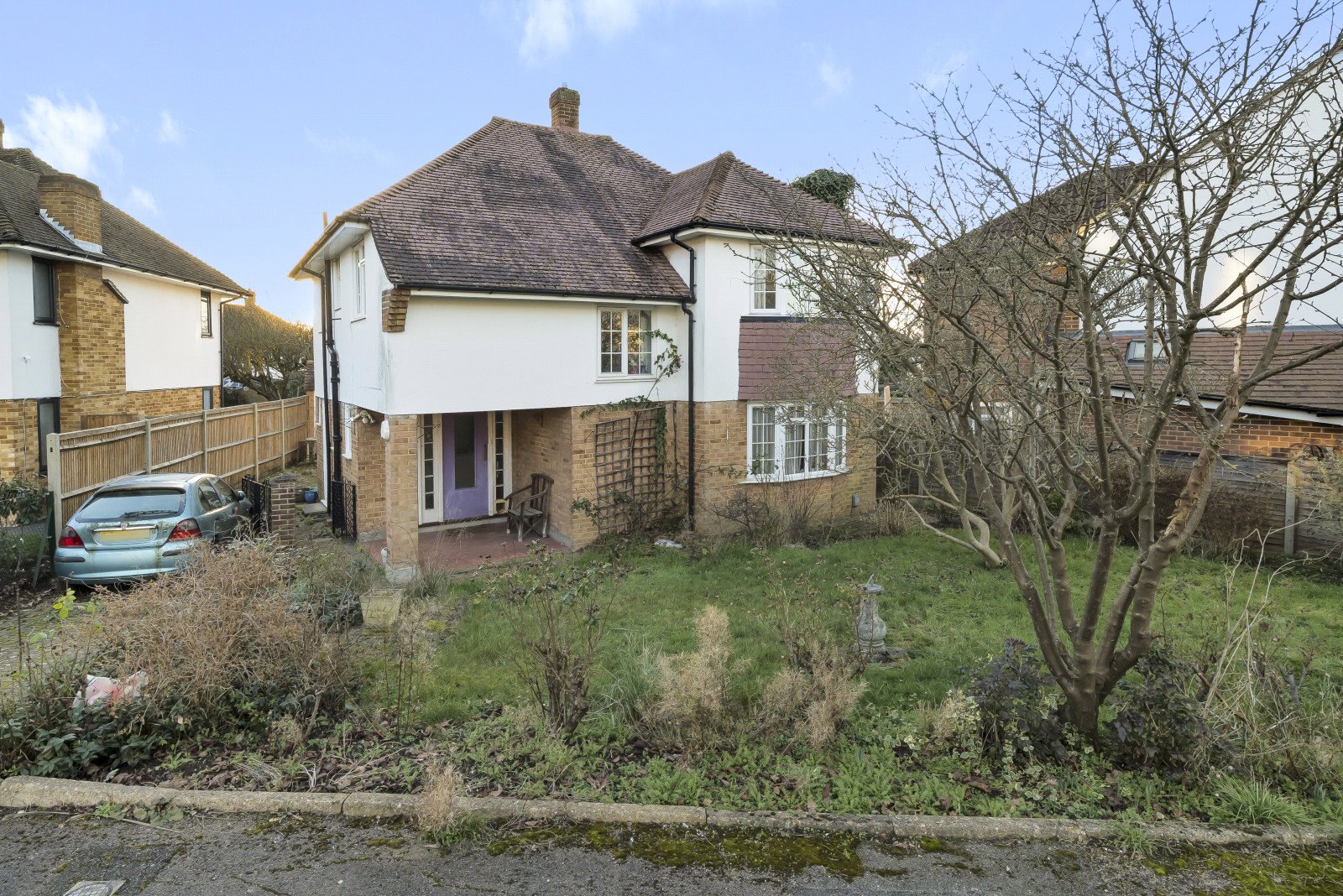 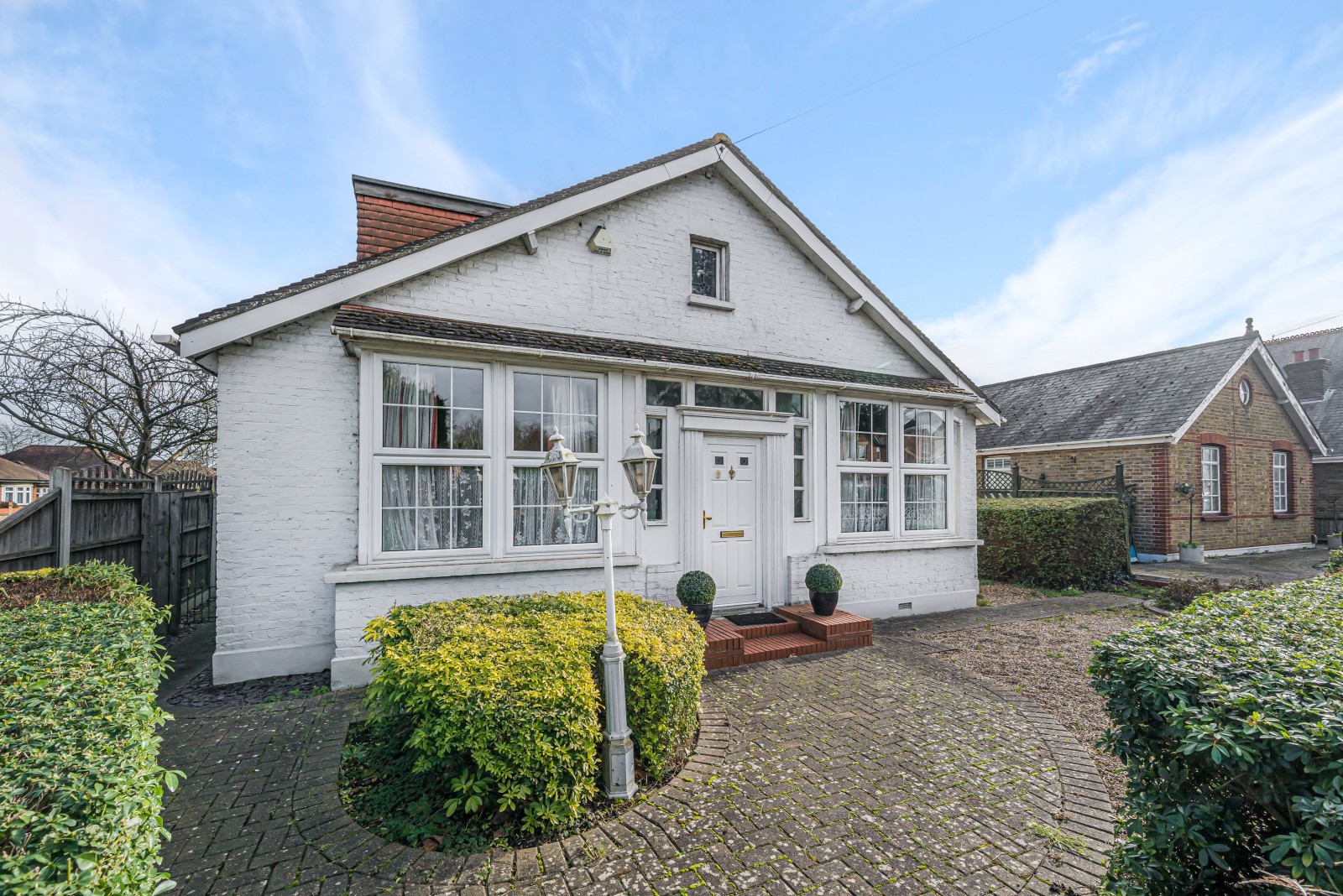 Richmond upon Thames Properties To Rent 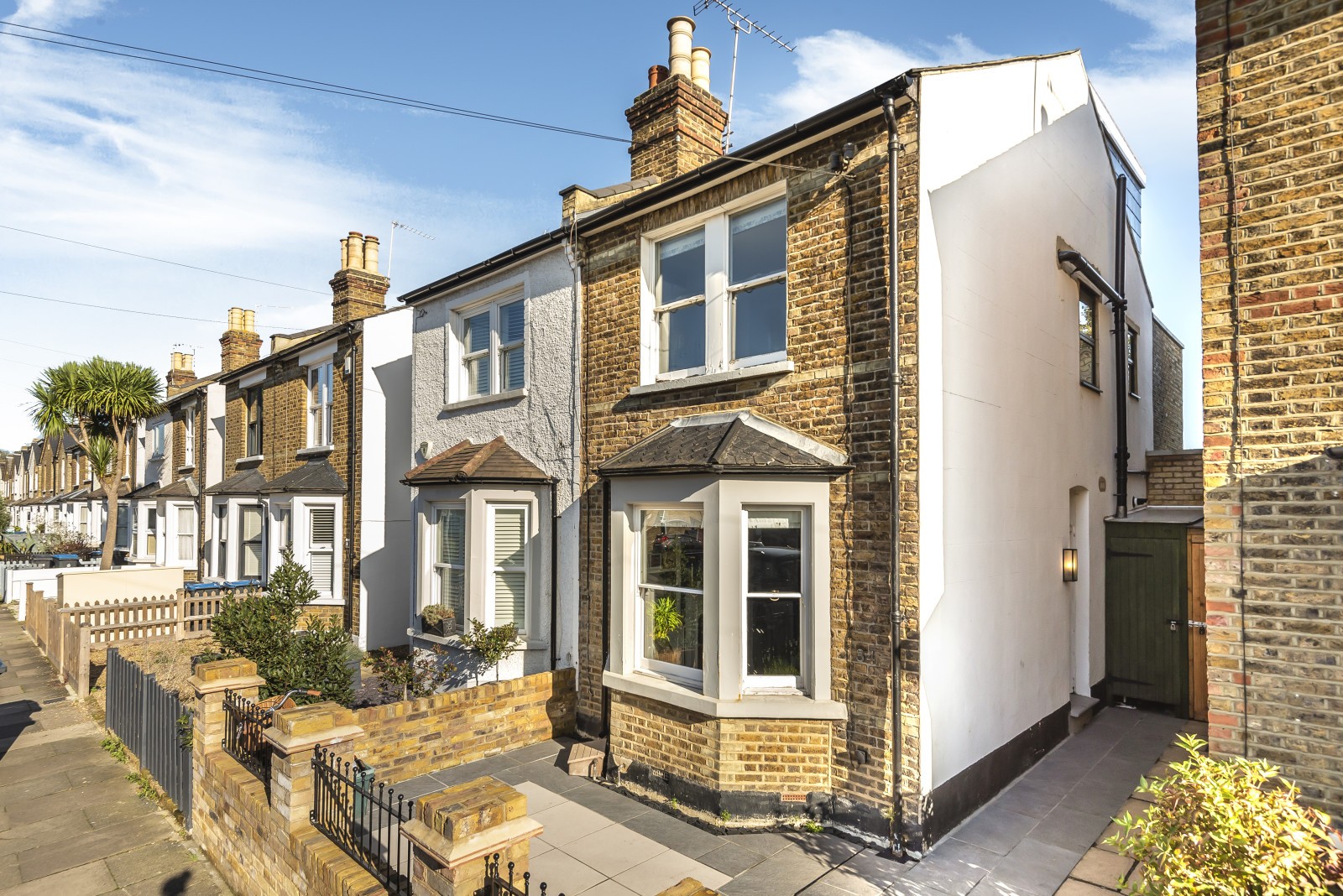 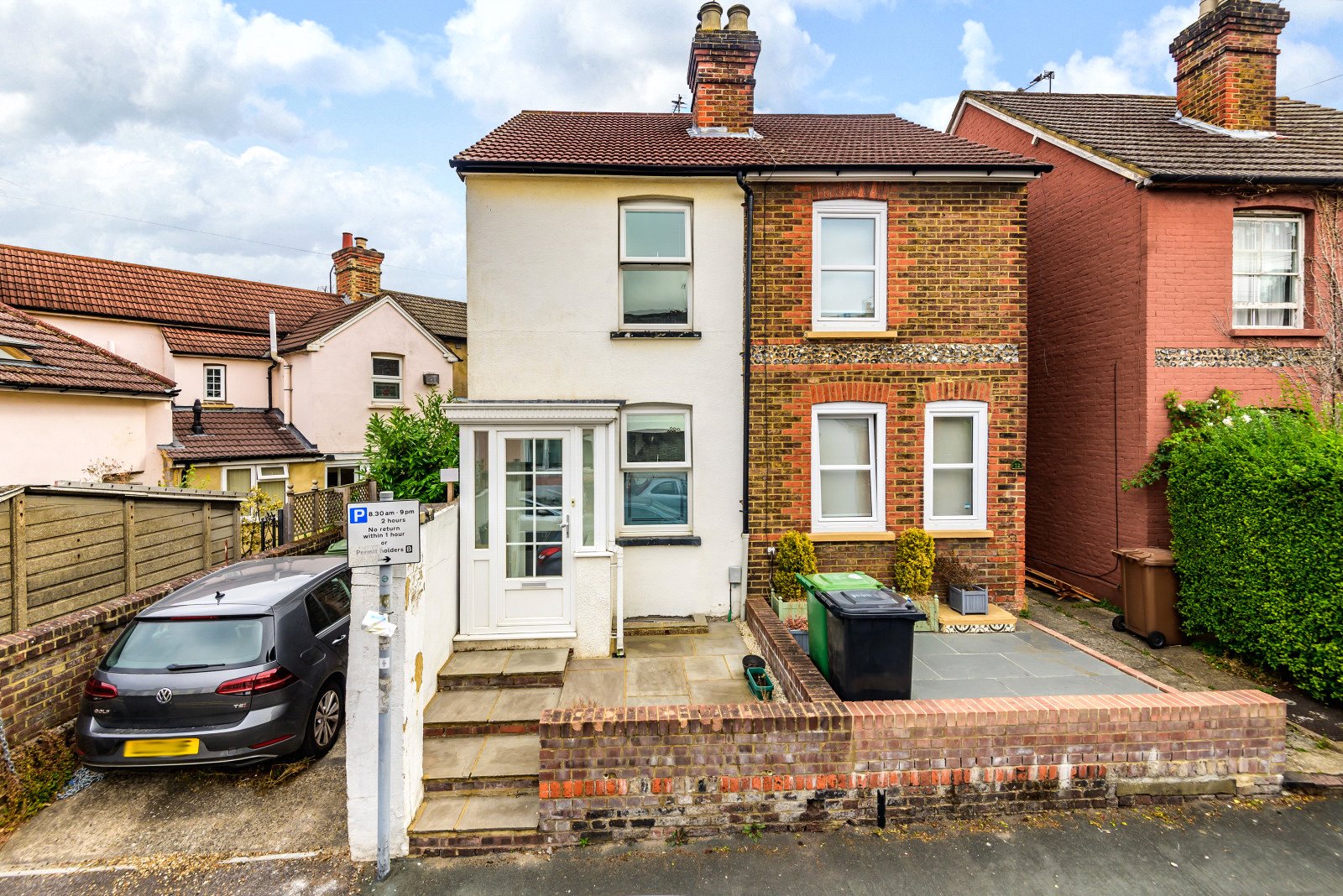 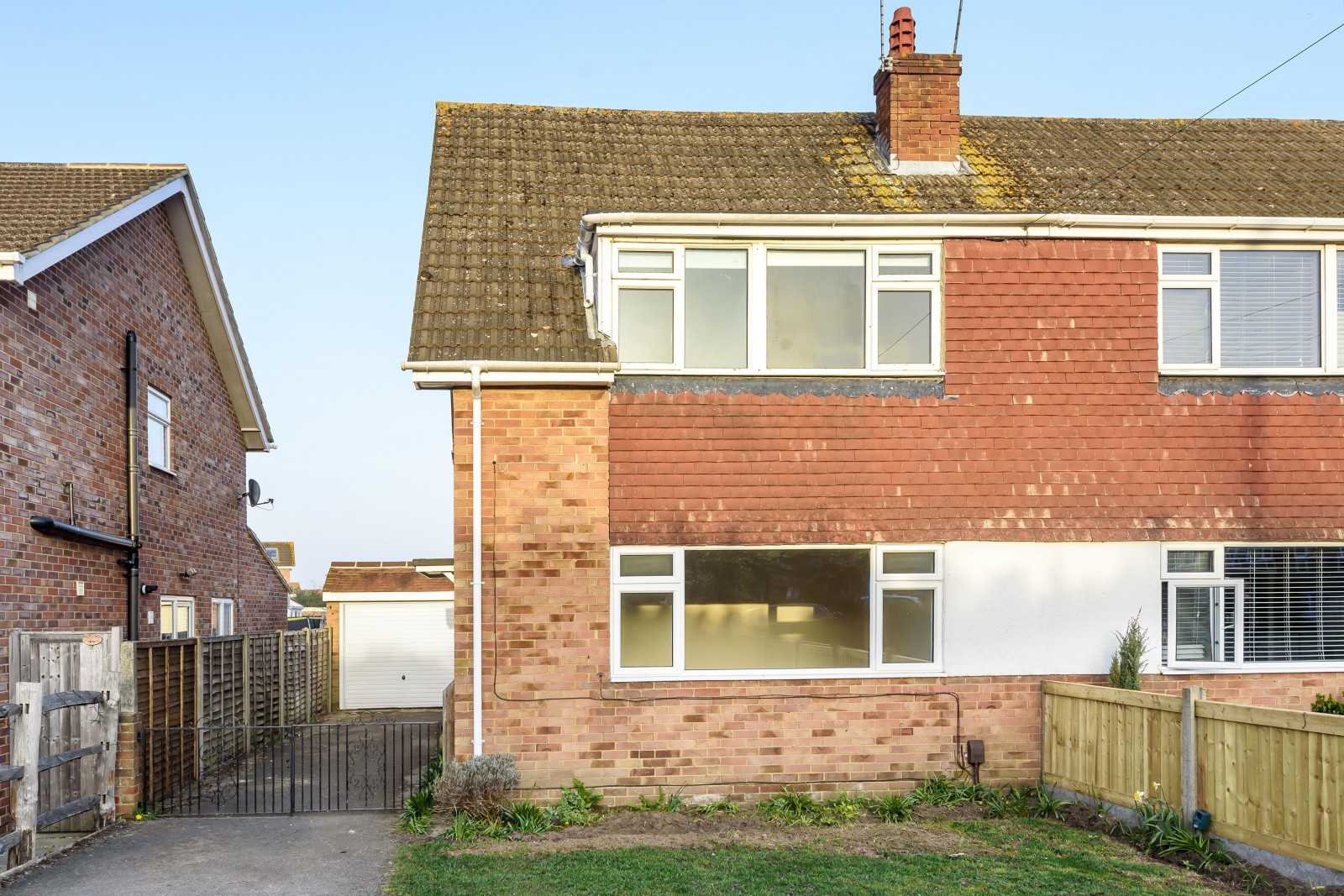 “Brilliant service and advice from Henry Offin that landed our dream home. Many thanks to the team too.”