The Elmbridge Borough comprises of an affluent collection of towns, villages and green spaces on the border of Greater London.

Elmbridge is a thriving Borough situated to the north of Surrey, renowned for its high standard of living, picturesque countryside and popular tourist destinations. Elmbridge covers 23,803 acres within the M25 and is home to over 124,000 residents. The Borough is often referred to as having the highest average earnings anywhere in the UK, largely attributed to the concentration of several wealthy private residential estates, yet outside of these, the larger towns and villages all enjoy the close proximity to Central London and its major airports.

In 2011 Elmbridge was named the best place to live in the country in the 'Quality of Life Survey' for the third consecutive year.

Notable Elmbridge residents currently include Rick Astley (East Molesey), Eamonn Holmes & Ruth Langsford (Weybridge) and Theo Paphitis (Weybridge) and in the past has included band members of The Beatles and The Bee Gees.

In the 15th century, the Borough was home to Royalty as Henry VIII built Oatlands Palace in Weybridge, spurring other nobles to settle nearby such as William Wayneflete’s palace in Esher, Ashley Park and the Manor House in Walton-on-Thames and Portmore Park in Weybridge. The first historic mention of Elmbridge is the Doomsday Book of 1086 where it is referred to as Amelebrige, deriving its name from the original name for the River Mole ‘Amele’ and the old English word for bridge ‘brige’.

The River Mole dissects the Borough north to south and whilst the site of the original bridge is still a matter of speculation, the Borough of Elmbridge was formally recognised in 1972 after the Local Government Act enforced the union of the Esher, Walton-on-Thames and Weybridge Urban District Councils.

The town offers a diverse range of property ranging from the humble one bedroom flat for those looking to get on the property ladder to mansions on sprawling plots on the exclusive St George’s Hill private estate. Popular with families and commuters the town offers excellent state and private schools and the train line into London is both fast and frequent.  With two vibrant shopping locations, the main High Street with its eclectic mix of shops, bars and coffee shops along with numerous boutique clothing shops. The Queens Road offers a lively social scene again with a comprehensive selection of shops and a great selection of bars, restaurants and pubs.

Often referred to as the UK’s answer to Beverley Hills, the exclusive St George’s Hill private estate can be found in Weybridge and is made up of over 900 acres of beautiful grounds surrounding its own golf course.  The estate boasts well over 400 homes, covering just about every decade dating back to 1911 right up to the present day.

Read our blog on what it’s like to live in St George’s Hill.

Located in north west Surrey on the banks of the River Thames, it forms the boundary of the original settlement to the north. Later development and expansion of the town took place to the south, surrounding the railway station which opened in 1838.

The Heart is the name given to the re-development of Walton-on-Thames town centre. An exciting retail and residential complex, it includes a shopping centre with several national brand retailers plus a selection of coffee shops and eateries. Walton-on-Thames has a current population of circa 23,000 residents.

Walton-on-Thames provides a healthy mixture of flats and houses spanning the whole price point barometer.There is also a number of new developments currently under construction. The private parks and gated estates of Ashley Park and Burwood Park plus the Burhill Estate provide a host of impressive family homes. There is also a number of highly sought-after private roads close to Walton’s mainline station.

The popular village of Hersham is set around a village green measuring approximately four square miles. It has a population in excess of 12,000 and encompasses areas of beautiful countryside and designated green belt, making it highly attractive to families and lovers of the great outdoors.

The housing stock in the town is very varied with anything from one bedroom flats through to stunning period homes that date back to the 17th century and even earlier. The High Street runs along the banks of the River Mole and has many varied shops and restaurants, the most notable being The Ivy. The award-winning 18th century landscape garden, Painshill Park, designed by Hon. Charles Hamilton is also based in Cobham. With 158 acres of landscaped gardens including large lakes, follies, grottoes, a waterwheel and vineyard, plus tearoom, it has something for everyone and makes a great day out for all the family.

The town is home to a wide range of housing stock including brand new mansions all the way through to studio apartments dotted around the High Street. With the train from Esher station getting you back into London Waterloo in under 25 minutes and a mix of world-class private and state schooling, it is exceptionally popular for families. With its proximity to Hampton Court there are various properties dating back hundreds of years, a large selection of characterful 1930’s homes and then, after major developments since the 1980’s, a collection of the newest and most contemporary homes in Surrey.

The High Street has an Everyman Cinema and a range of restaurants, bars and pubs, as well as the World famous Sandown Park Racecourse, home to horse racing and multiple big-name music events throughout the year. You can never get bored of what Esher has to offer on the entertainment side.

The tax man receives £1.18billon a year from residents of Elmbridge, twice the amount drawn from Cardiff and Newcastle combined, and 200 times more than from Google. Its nearest rival is Glasgow, whose 600,000 residents pay £220million less in income tax than the 130,000 people living in the 37.2 square mile area south-west of London.

To live in Cobham you can pay anything from £200,000 for a one bedroom apartment, but if you have a more substantial budget of £1 million then you can purchase a detached family home of some 2,000 square feet that will have been built in the period from the 1930’s through to the 1990’s. In the more exclusive private estates, such as the Crown Estate in Oxshott, where there has been much new development over the last 20 years, you can pay anything up to £8 million for properties.

In Esher you can purchase First-Time Buyer properties in the range of £250,000 to £500,000 which include apartments or some of the local, original Victorian cottages. In the most exclusive, gated private roads in and around Esher High Street the housing stock is consistently available between £500,000 all the way up to £10,000,000. The town draws strong interest from London buyers but also locals upsizing and downsizing with the KT10 postcode making up a large portion of the housing market.

In Walton, KT12 house prices start at just under £200,000 for a one bedroom apartment and range all the way up to as much as £7m for a six bedroom detached home in one of the private parks. Burwood Park, Ashley Park and Burhill Park are the most prestigious private residential estates in southern England, offering a natural woodland setting that balance modern life with a tranquil environment, protected by the several covenants mandating low-density residential development. House prices come at a premium in these areas.

With houses dating back to as early as the 17th century sitting side by side with cool and contemporary new builds, whether it be a period gem or a modern classic, Weybridge has something for everyone.  The average price you’ll pay for a detached property in Weybridge is approximately £1.25m whilst a flat or maisonette will typically cost £332,000 (Land Registry Data).

Sandown Park Racecourse in Esher was requisitioned by the War Department from 1940-1945 for WWll.

Sir Arthur Conan Doyle placed the murder of the fictional character Mr. Garcia in and around Esher in his Sherlock Holmes mystery 'The Adventure of Wisteria Lodge'.

The English scientist, engineer and inventor, Barnes Wallis, tested the bouncing bomb used in the famous Dambuster raids on Silvermere Lake in Cobham.

Oatland Palace in Weybridge, where Henry Vlll married Catherine Howard, was demolished in 1653 with the bricks used to build bridges and locks along the River Wey.

11 of the streets registered as the most expensive places to buy a house in the UK, can be found in Elmbridge.

Offers beautiful riverside walks where one can enjoy feeding the ducks and swans, whilst the marina offers several leisure boat trips 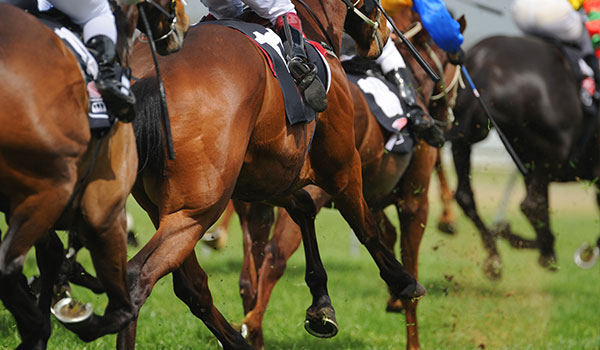 These are in abundance throughout the green landscape of the Elmbridge Borough with the most prestigious being Silvermere Golf and Leisure, Burhill Golf Club and the exclusive St George’s Hill Golf Club.

Based in Ottershaw, Surrey, Foxhills Country Club & Resort is as an exceptional and diverse leisure experience for the whole family, with two 18-hole championship golf courses (Longcross and Bernard Hunt) and the 9-hole par-3 Manor course, squash courts, tennis courts, award-winning spa facilities and a wealth of attractive dining and accommodation options. Situated just minutes from the M3 and M25, the 400 acre estate dates back to the 1780s. The stately 19th century Manor House combines history with the club’s extensive state-of-the-art facilities.

One of the most integral pieces of Weybridge’s history, Brooklands Museum was constructed in 1907. Brooklands was the first purpose-built motor racing circuit in the UK. The site was repurposed during WWI to start manufacturing aircraft and again in the 1940’s for WWII as part of the allied bomber offensive.  Today, although the aircraft manufacturing and motor racing have long ceased, the site is a thriving museum, displaying many motor racing vehicles and aircraft from throughout the years.

A large 18th century landscape garden created by Hon. Charles Hamilton, today Painshill Park is incredibly popular to families and holds many events throughout the year.  With its large lake, grotto and easy access paths, Painshill Park is an ideal place for people to explore and is also a very popular wedding venue.

Sitting just to the north of the Elmbridge Borough, Hampton Court Palace is an incredibly popular tourist attraction for the area. Apart from the Royal Palace itself it also includes vast landscaped gardens, a celebrated maze, a historic tennis court and an enormous grapevine. The palace’s Home Park is the site of the annual Hampton Court Palace Festival and Hampton Court Palace Flower Show. You can read about the area and the Palace in our guide about living in Hampton Court.

Managed by the National Trust, Claremont Landscape Garden gives local residents a fantastic place to visit for an afternoon. The beautiful grounds include a landscaped amphitheatre overlooking the lake as well as a children’s play area, coffee shop and lots of wildlife.

Elmbridge is an excellent choice for those looking to commute into the city, with main line train stations in most of the towns throughout the Borough it allows residents to reach Central London in as little as 22 minutes.

The southern border of Elmbridge has easy access to Junctions 9, 10 and 11 of the M25 meaning a short journey to both Heathrow (10 miles) and Gatwick (32 miles) Airports. 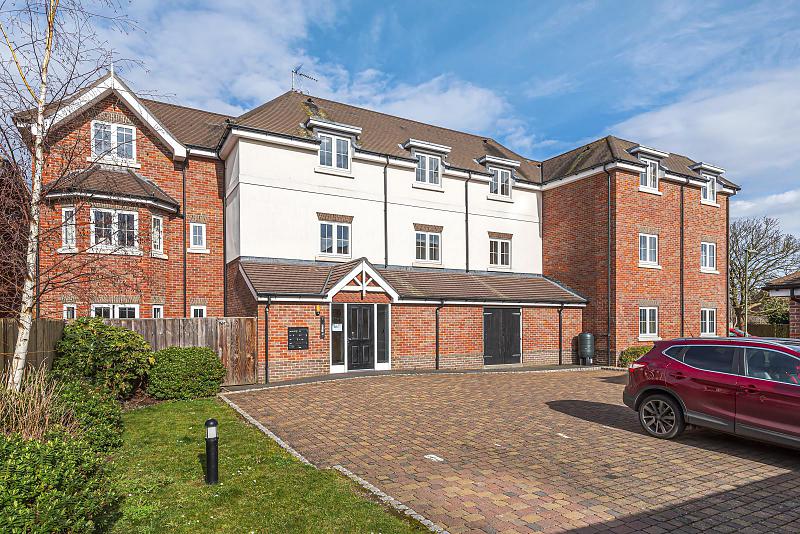 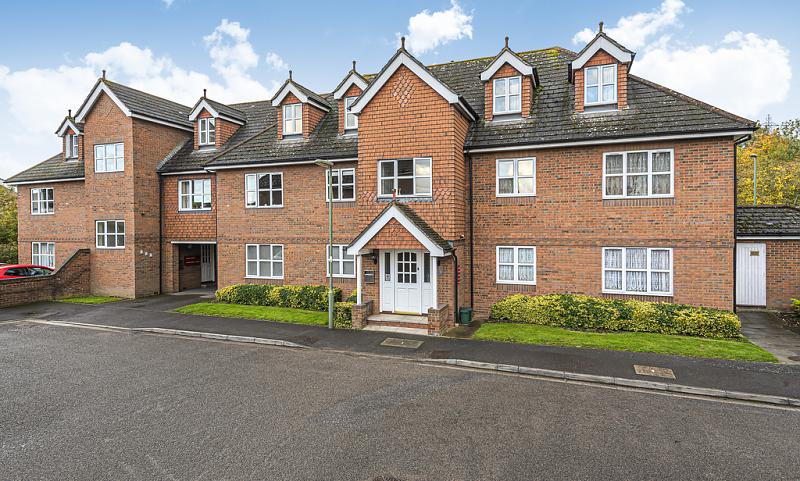 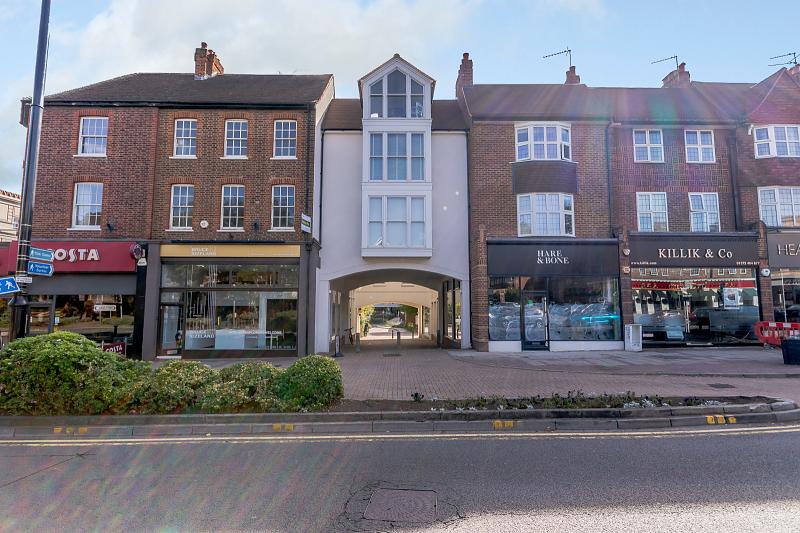 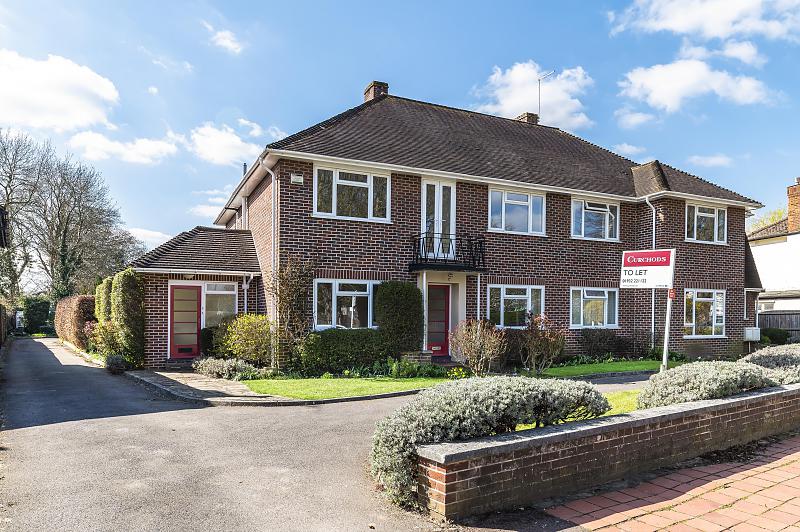 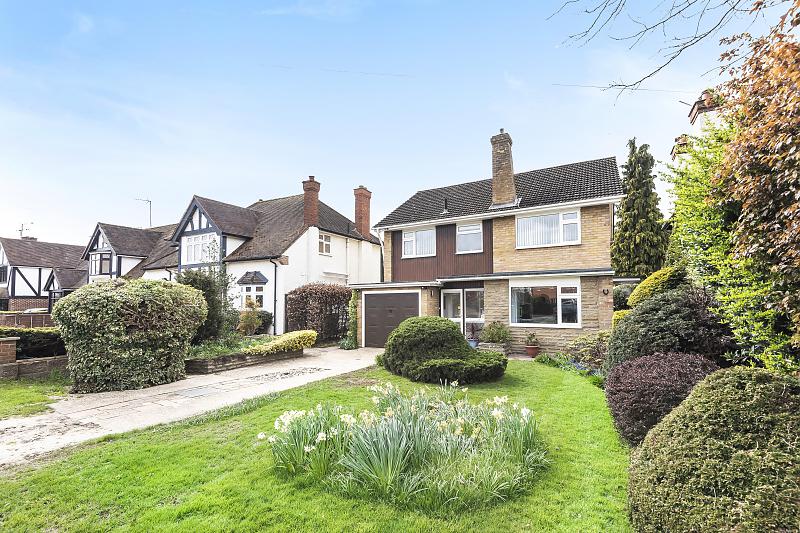 “Very professional and a good company to deal with, particularly Melanie Ingram who has been very helpful.”